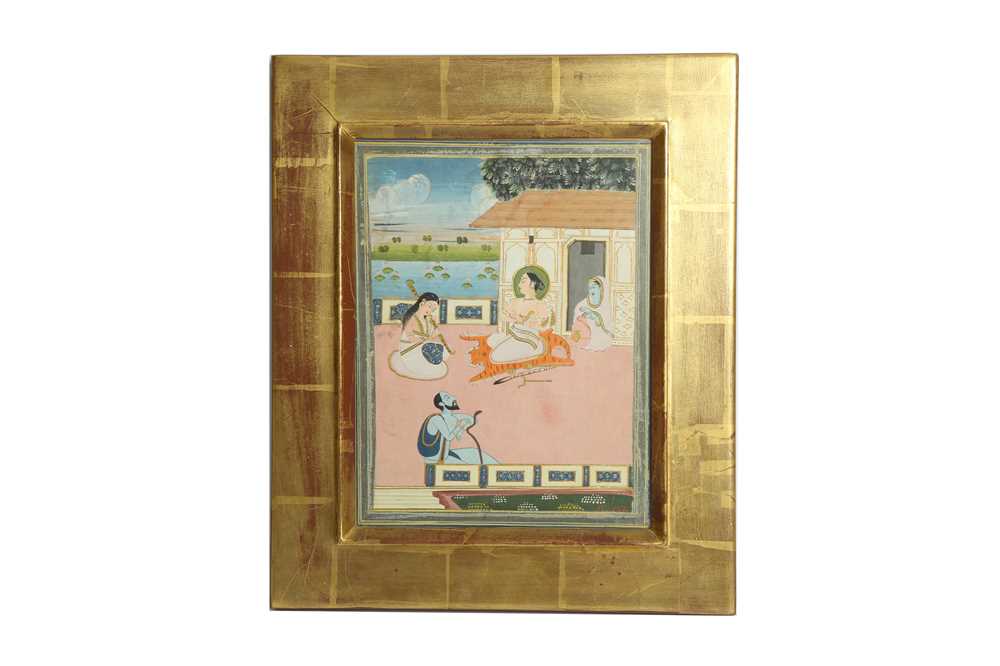 Opaque pigments heightened with gold on paper, the vertical composition depicting an ascetic scene with a white-clad and haloed female hermit or saint seated on a tiger skin, next to her a Sufi crutch and staff with Hamsa finial, both typical symbols of Islamic Sufism, in front of the female saint a female musician playing the sitar, avoiding to make direct eye contact as a symbol of respect and reverence, in the foreground a male hermit covered in grey ash, resting on his walking crutch, enjoying the music and the vision of the female saint, behind the saint a female attendant wearing the Muslim women's headscarf typical of the North Indian regions, the background featuring a marble building similar to Sufi shrines and a lotus pond, the scene set within yellow, white and blue rules, mounted, glazed and framed, the back of the frame with an old label stating Kangra Painting of Shiva no. 1937, 26.4cm x 20cm excluding the frame.